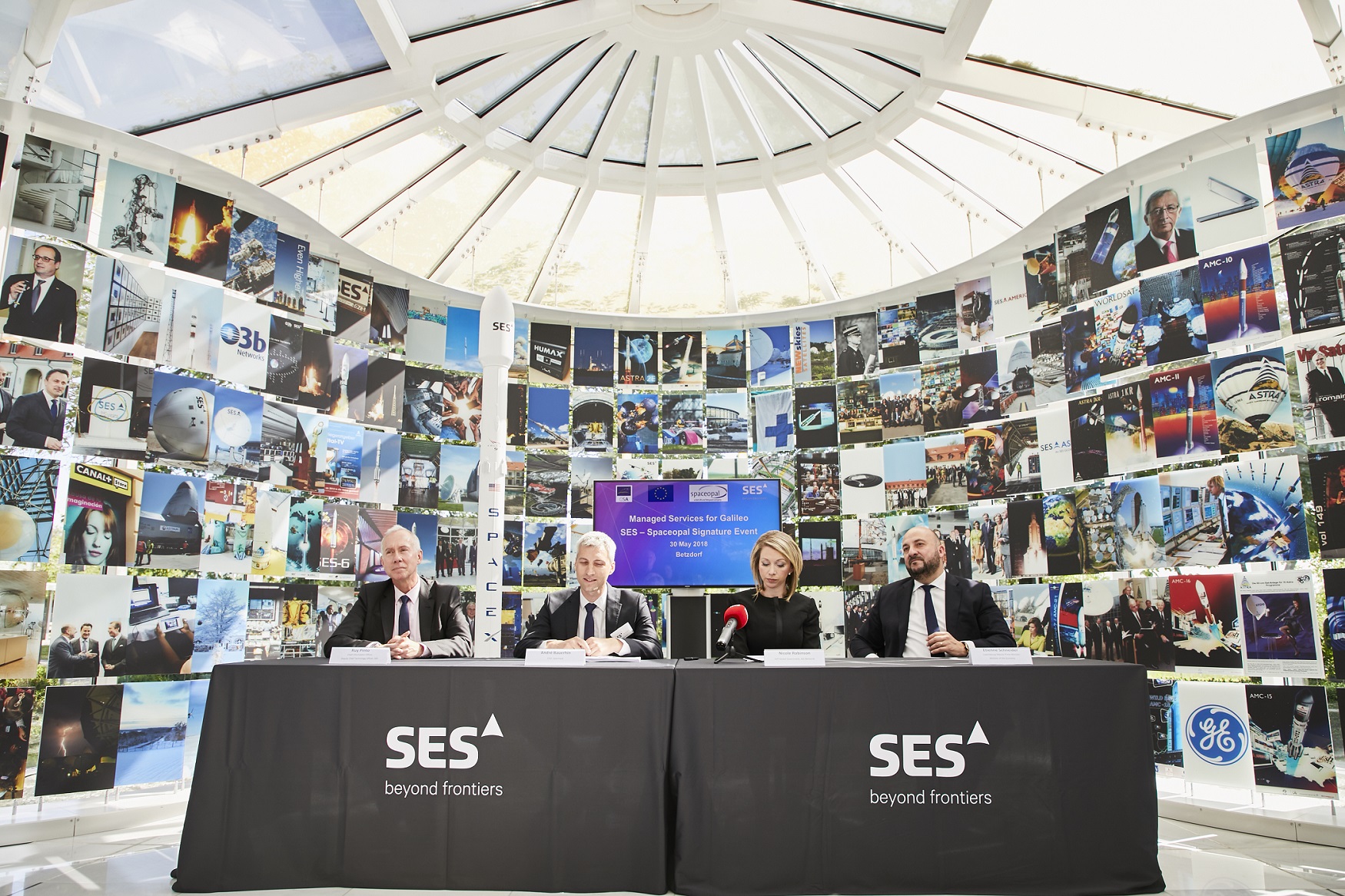 Luxembourg, 30 May 2018 — SES will provide a series of services for the Galileo European navigation system under a long-term agreement signed with Spaceopal, SES announced today. The contract is part of the Galileo Service Operator (GSOp) framework agreement between Spaceopal – a joint venture between Telespazio and DLR GfR mbH – and the European Global Navigation Satellite System Agency (GSA).

Under the agreement, SES will provide Spaceopal with services to support the maintenance and seamless operations of the Galileo Global Navigation Satellite System (GNSS). SES will be responsible for in-orbit measurements for the Galileo satellite constellation and provide VSAT managed services to Telespazio for the Galileo Data Dissemination Network (GDDN).

Galileo is a European Union Programme, managed and developed together with the European GNSS Agency (GSA) and the European Space Agency (ESA). It is Europe’s Global Navigation Satellite System which provides a highly accurate global positioning service for public, governmental and commercial use.

SES has played an important role in the early development and deployment of the Galileo system, and is instrumental to the deployment and maintenance of the GDDN. Previously, SES has provided infrastructure and services for the Galileo program, as well as ground stations and in-orbit testing during the In-Orbit Validation (IOV) Phase.

“We are delighted to extend our partnership with SES in the framework of the Galileo Service Operator contract with the European Global Navigation Satellite Systems Agency,” said André Bauerhin, COO of Spaceopal. “SES’s previous success with the Galileo project in delivering and managing services for both in-orbit testing and the Galileo Data Dissemination Network has made SES the clear choice for this operational contract.”

“Partnership, innovation and investment are key elements of Luxembourg’s success in space. This agreement is an excellent example of how a Luxembourg-based company, together with industrial partners, can provide solid services and enable a global game-changing system like the Galileo Global Navigation System,” said Luxembourg Deputy Prime Minister, Minister of the Economy Etienne Schneider.

“We are proud that we can continue to draw on the experience that we have accumulated while working on Galileo over the years, and continue to be part of the team in ensuring the reliability of the GNSS system and accommodating its shifting demands in the next decade,” said Nicole Robinson, SVP Global Government at SES Networks.